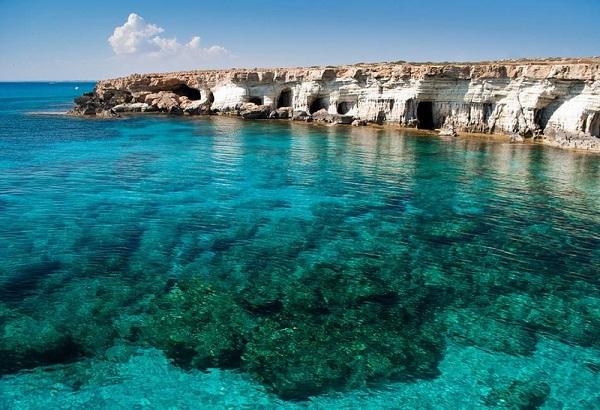 Evening departure from Toronto to London Heathrow with British Airways. Dinner and breakfast will be served on board.

Morning arrival at Heathrow, and connecting flight to Larnaca, Cyprus, arriving around 6PM. Transfer (I hour) to Limassol, Cyprus’s second largest city, situated in the middle of the island, on the southern coast. We check into the 5-star/deluxe Royal Apollonia Beach Hotel, located on the waterfront, and we will stay in sea-view rooms (www.theroyalapollonia.com). Dinner will be served daily in the restaurant of the hotel.

Morning sightseeing tour of Limassol’s old port and historical centre, with sights such as Limassol Castle, the ruins of the ancient settlements of Amathus, the shopping district of Anexartisias street, and the municipal garden. Afternoon at leisure.

Full-day excursion to Paphos, a UNESCO World Heritage Site (http://whc.unesco.org/en/list/79). Paphos, inhabited since the Neolithic Era, was a centre of the cult of Aphrodite (Venus), who was said to be born on this island. The archaeological site includes ruins of the harbor, palaces, theatres, fortresses, and features some of the most beautiful mosaics in the world. We will follow the breathtaking coastal road, with a stop at the legendary birthplace of Aphrodite. Return to Limassol in late afternoon.

This morning we explore the markets of Limassol, such as Linopetra Market, Fasouri Flea Market, and the fruit and vegetable market in the old town. Later on we tour the most important historical sites in the area, such as the Greek amphitheatre and the Temple of Apollo at Kourion, Kourion Basilica, and Kolossi Castle. We conclude with a visit to a winery for an introduction to the wines of Cyprus, highly regarded since the Middle Ages, such as the famous Commandaria, including a tasting, of course.

entirely at leisure. You may want to relax in the hotel’s spa with its indoor pool, gym, sauna, steam bath, and massage facilities. Other possibilities include watching a soccer game and ride a donkey in a traditional village. And how about joining your tour escort for a Sunday lunch of delicious traditional mezze, the Cypriot version of Spanish tapas, with excellent local wine!

Full-day excursion to the capital of the island, Nicosia, straddling the “Green Line” between Greek and Turkish Cyprus, and thus the world’s only remaining “divided capital.” Our visit will focus on the old town, still enclosed within ancient Venetian walls, and include the fine Archaeological Museum, the Byzantium Museum & Art Galleries, the colourful Laiki Gitonia District with its traditional Cypriot architecture. Return to Limassol by early evening.

Full-day excursion into the “green heart” of Cyprus, the pine-covered Trodos Mountains, with as highlight a visit to another UNESCO World Heritage Site, the Painted Churches of theTrodos Region (http://whc.unesco.org/en/list/351). It major jewel is Kykkos Monastery, Cyprus’ most famous and richest monastery, founded in 12th century, and featuring a miraculous icon of the Virgin Mary allegedly painted by St. Luke; the sanctuary is an important centre of pilgrimage for the Greek Orthodox world. Also visit toOmodhos, a traditional wine-producing village associated with. St. Helen, the mother of Emperor Constantine, who is said to have donated pieces of the Holy Cross to the local monastery.

Day at leisure. An optional full-day excursion will be offered to yet another UNESCO site, Choirokoitia, one of the most important prehistoric sites in the eastern Mediterranean, dating back to 7,000 BC (http://whc.unesco.org/en/list/848); Lefkara, a village situated high in the hills between Larnaca and Limassol, renowned for its exquisite embroideries known as “Lefkaritika” andf also known for its fine silverware and typical stone architecture; the village of Kiti, famous for its Angeloktisti Church, which houses an outstanding mosaic from the 6th century; Larnaca, a town founded by the Phoenicisans and also associated with the biblical figure of Lazarus, whose ancient church is one of the local attractions; the town’s palm tree-lined salt flats are home to a colony of pink Flamingos that migrate here from the Caspian Sea, and on its shores we find an important Muslim sanctuary, Hala Sultan Tekke, featuring the mausoleum of Umm Harram, the foster mother of Mohammed.

Full-day excursion into the northern, Turkish part of Cyprus, situated behind the famous “Green Line,” which was closed for more than three decades! Our sightseeing program there includes the scenic Pentadaktylos Mountains; Bellapais, the mountain village where the expat British writer Lawrence Durrell lived and wrote his famous book, Bitter Lemons, and where a Medieval Gothic Abbey is the major attraction; and the castle and picturesque harbor of Kerynia, on the island’s north shore, where there will be time to shop or enjoy a Turkish-style lunch.

Morning at leisure. Late afternoon transfer to the airport and fly to Heathrow Airport. Arrival and transfer to a hotel in downtown London. Dinner will be served during the flight.

A free day in London to enjoy as you wish. We strongly recommend a visit to the British Museum, where you will find the section on Cyprus Antiquities to be fascinating! The admission to the museum is free of charge.

Morning at leisure. Around noon, transfer to Heathrow Airport for arrival in time for the late afternoon departure of the British Airways flight to Toronto, arriving around 9 PM.

Land only price: CAD $3200 P/P based on double occupancy

Round trip international airfare with Air Canada or British Airways

Hotel accommodation with breakfast and dinner as specified in itinerary

Round-trip airport-hotel transfers in each city

Personal expenses such as laundry, alcoholic beverages and telephone calls;

Prices and itinerary are subject to change due to unforeseen circumstances. Deposit $500 p/p required and is non-refundable. Payment should be made by Cheque only.